The 2014 United States of Aging Survey finds Americans 60 and older report they are more motivated than the past two years to improve their health by exercising regularly and setting health goals – two simple steps which also relate to reported increases in optimism among seniors.

According to the third annual survey, more than one-third of seniors (37 percent) say they exercise every day, compared with 26 percent in 2013. For many seniors, high activity levels correspond to a positive perspective on life: seniors who exercise daily are much more likely than those who never exercise to say the past year of their life has been better than normal rather than worse (28 percent compared with 15 percent).

More than half of seniors (53 percent) report setting health goals in 2014, compared with 47 percent in 2013. Seniors who set health goals are more than twice as likely to think their overall quality of life will improve compared with those who did not set health goals (38 percent vs. 16 percent), and more than three times as likely to be confident their health will be better in future years (28 percent vs. 9 percent). The top three health goals set by seniors this year are eating healthier (37 percent), losing weight (30 percent) and living a more physically active lifestyle (24 percent).

The results of the 2014 survey are being released today at the 39th Annual n4a Conference & Tradeshow in Dallas as part of a larger effort led by n4a, NCOA, UnitedHealthcare and USA TODAY to examine seniors’ attitudes on a range of issues such as health, finances and community support. The United States of Aging Survey reveals insights on how U.S. seniors are preparing for their later years, and what communities can do to better support an increasing, longer-living senior population.

“More Americans are living longer lives than ever before,” said Rhonda Randall, D.O., chief medical officer, UnitedHealthcare Retiree Solutions. “It is highly encouraging to see more older Americans taking charge of how they age, making deliberate choices and setting goals to help themselves live healthier and more independently during their extended senior years.”

When asked who is the most influential person motivating them to live a healthy lifestyle, nearly 4 in 10 seniors (39 percent) say themselves. More than one quarter of seniors (26 percent) say their spouse motivates them, and 15 percent say their adult children do. Regardless of the source of motivation, this year’s uptick in healthy behavior corresponds with a notable shift: for the first time in the three-year history of The United States of Aging Survey, more seniors say the past year of their life was better than normal (24 percent) as opposed to worse than normal (22 percent).

“The findings show that seniors are moving in the right direction with their health, but there is still room for improvement,” said James Firman, president and CEO, NCOA. “Building upon this trend and getting even more boomers and older adults to take these simple steps are keys to creating a healthier and more productive society.”

Financial confidence on the rise, but seniors say true happiness lies elsewhere
Despite remaining concern for the future, seniors are increasingly confident in their financial stability this year compared to 2013 and 2012. Nearly 7 in 10 (69 percent) find it easy to pay monthly bills, continuing an upward trend from 64 percent in 2012. Additionally, 49 percent of seniors are concerned their savings and income will be sufficient to last the rest of their lives, down 4 percentage points since 2013.

Although finances are often a focus during retirement years, seniors rank them among the least important factors driving their optimism: only 5 percent say being financially secure is the key to keeping a positive outlook on life. The top three factors cited by seniors as contributing most to a positive outlook are their faith or spirituality (25 percent), a loving family (15 percent), and keeping a positive attitude (14 percent). Having a happy marriage or relationship (9 percent) also ranks higher than finances, as does taking care of one’s health (9 percent) and staying mentally and physically active (6 percent each).

The link between independence and community support
More than half of seniors (54 percent) feel their community is doing enough to prepare for the needs of a growing senior population, but younger seniors are less likely to agree: only 48 percent of seniors 60-64 feel their communities are doing enough. The top services seniors say they will need help with as they age are home maintenance (40 percent), transportation (39 percent) and long-term care (36 percent); however, some seniors say their communities are not currently fulfilling these needs. While more than half of seniors (59 percent) say transportation support currently provided by their community is adequate, only 22 percent feel home maintenance help meets seniors needs. Home maintenance support could be critical for some seniors, since more than 3 in 4 (77 percent) say they intend to stay in their current home for the rest of their lives, and more than half (53 percent) say they would prefer to live independently for the remainder of their senior years.

Looking ahead: end-of-life care, and top worries for seniors as they age
When asked what worries them the most about their senior years, the top three answers for seniors are “not being able to take care of myself” (16 percent), “losing my memory” (14 percent), and “being a burden” (9 percent); however, a majority of seniors (85 percent) feel confident that they are prepared for changes in their health as they age.

More than half of Americans over 60 (58 percent) say they have discussed end-of-life care with loved ones, a proportion that rises to 64 percent for seniors 75 and older. More than half of seniors (53 percent) report creating advance directives such as a living will, and 50 percent have shared advance directives with loved ones. Still, one in 10 seniors say they do not want to plan for or think about end-of-life care.

Low-income and socially-isolated seniors face unique challenges
The 2014 United States of Aging Survey took a detailed look at two of the most vulnerable senior populations: those with low incomes (defined by the survey as having an annual income of less than $15,000), and those who are “socially-isolated” (defined by the survey as seniors who both express feelings of loneliness and live alone).

Although low-income seniors say they rely on themselves most for motivation to stay healthy or get healthier (37 percent), they are less likely to have set health goals for themselves this year (39 percent) than in 2013 (45 percent). In addition, low-income seniors report doing less to prepare for their senior years compared with seniors nationally (50 percent compared with 73 percent).

Socially-isolated seniors are more pessimistic about their immediate future than seniors nationally: they are more likely to say their quality of life will get worse over the next five to 10 years (30 percent vs. 21 percent). Socially-isolated seniors are also more concerned about needing help from community programs as they age compared with seniors nationally (36 percent and 26 percent, respectively), and are more likely to express concern about being able to age in place (52 percent vs. 29 percent).

“These findings reinforce the crucial role community-based programs and services play in supporting the needs of older Americans, and opportunities to further assist vulnerable groups through meaningful relationships and social connections that can help keep them healthy and happy,” said Sandy Markwood, CEO, n4a.

For complete survey results, visit ncoa.org/UnitedStatesofAging. To watch live as the survey is presented at the Annual n4a Conference & Tradeshow in Dallas, including an interview with featured keynote speaker former First Lady Laura Bush, visit USofAging.USATODAY.com on July 15 from 5-6:30 p.m. ET/4-5:30 p.m. CT. Join the conversation on Twitter with #USofAging.

About The United States of Aging Survey
The United States of Aging Survey is an annual survey conducted by the National Association of Area Agencies on Aging, National Council on Aging, UnitedHealthcare and USA TODAY. For the 2014 survey, Penn Schoen Berland completed 3,279 telephone interviews from April 3, 2014, to May 6, 2014, including nationally representative samples of Americans 60 and older and adults 18-59. The margin of error for the national samples is +/-3.1 percent and between 6.17 percent and 6.2 percent for oversampled subpopulations. Data from general population samples, the regional oversampled audiences and the oversampled audiences of seniors are weighted to U.S. Census Bureau demographic statistics in terms of age, gender, marital status and race.

About n4a
The National Association of Area Agencies on Aging (n4a) is the leading voice on aging issues for the 618 Area Agencies on Aging across the country and a champion in the nation’s capital for the 246 Title VI Native American aging programs. n4a advocates on behalf of local aging agencies to ensure that needed resources and support services are available to older Americans and their caregivers. For more information, please visit www.n4a.org.

About NCOA
The National Council on Aging (NCOA) is the nation’s leading nonprofit service and advocacy organization representing older adults and the community organizations that serve them. Our goal is to improve the health and economic security of 10 million older adults by 2020. For more than 60 years, NCOA has been a trusted voice and innovative problem-solver helping seniors navigate the challenges of aging in America. We work with local and national partners to give older adults tools and information to stay healthy and secure, and we advocate for programs and policies to improve the lives of all seniors, especially the most vulnerable. For more information, please visit www.ncoa.org.

About UnitedHealthcare
UnitedHealthcare is dedicated to helping people nationwide live healthier lives by simplifying the health care experience, meeting consumer health and wellness needs, and sustaining trusted relationships with care providers. The company offers the full spectrum of health benefit programs for individuals, employers and Medicare and Medicaid beneficiaries, and contracts directly with more than 800,000 physicians and care professionals, and 6,000 hospitals and other care facilities nationwide. Globally, UnitedHealthcare serves more than 45 million people in health benefits and is one of the businesses of UnitedHealth Group (NYSE: UNH), a diversified Fortune 50 health and well-being company. 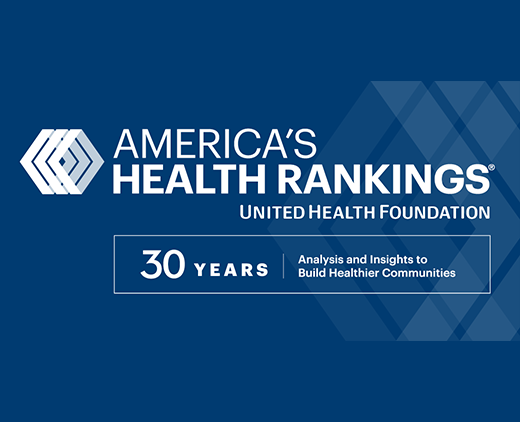