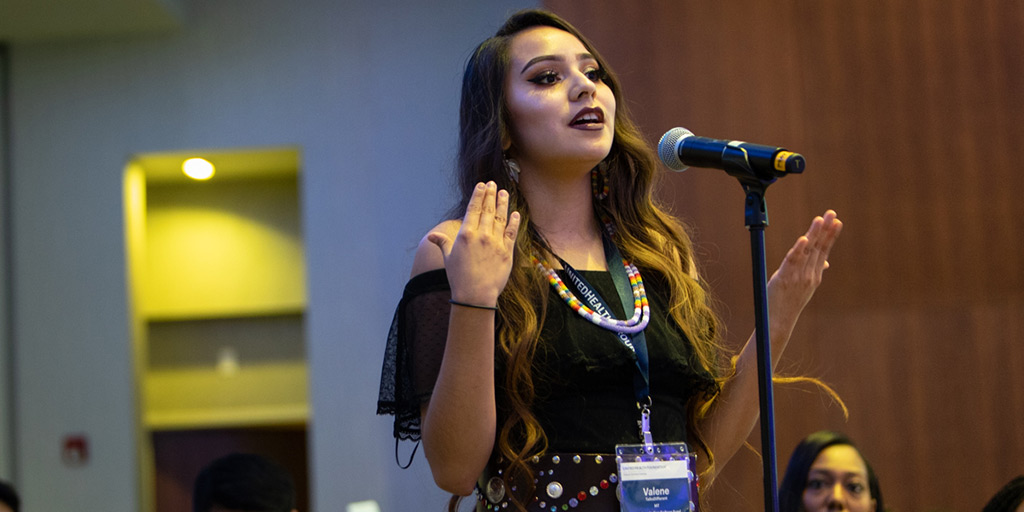 Nearly 100 students from across the nation gathered at the United Health Foundation’s Diverse Scholars Initiative Forum in Washington, D.C., to discuss the importance of culturally competent health care and how they can make a difference in the patient experience.

With goals of improving the quality of health care delivery, nearly 100 students descended upon Washington, D.C., this week to participate in the United Health Foundation’s annual Diverse Scholars Initiative Forum.

Research shows that patients are more open to receiving care and guidance from health care providers with whom they share culture and language. Attendees at the DSI Forum heard firsthand about the importance of culturally competent representation in health care.

Scholars listened to prior DSI participants such as Hewett Chiu, executive director for the New York City Department of Health and Mental Hygiene and a 2009 scholar, who spoke about preparing to enter the 21st century health care workforce.

“It’s important to have a plan, but real life happens,” Chiu said. “It’s also important to be flexible and to have contingency plans in place. Originally, I wanted to be a cardiothoracic surgeon. That didn’t happen, but at the end of the day, I’m still in a position where I’m able to drive a lot of health system transformation and initiatives, not just for New York City, but also nationally.”

And in a keynote discussion, Erika Clark Jones, executive director of CelebrateOne – a Columbus, Ohio-based nonprofit focused on reducing high infant mortality rates – shared her thoughts on how communities can lead the way on improving care, particularly in underserved areas. CelebrateOne was awarded a three-year grant from the United Health Foundation in 2015.

Investing in the Future

“In addition to the scholarship support students receive through the program, they also receive wrap-around support services to help them throughout their academic career and beyond,” Malone said. “They receive internship and mentorship opportunities, as well as general academic support to ensure that not only are they advancing their education, but they also have career and professional opportunities to give back to their communities.”

Currently, the program supports nearly 230 scholars across 40 states by partnering with nine nonprofit and civic organizations, including: