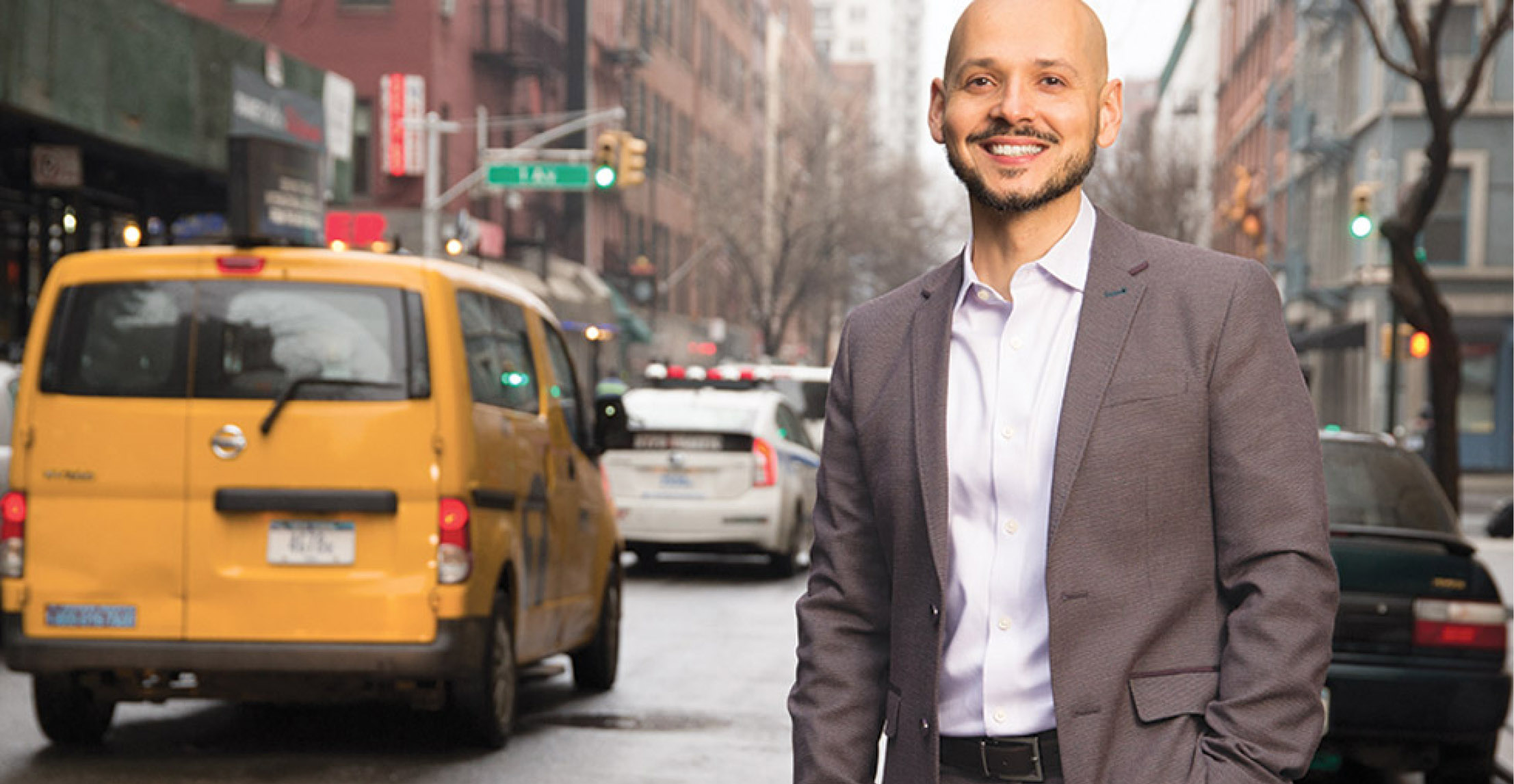 For Dr. John Paul Sánchez, an interest in medical education grew out of a childhood in the Bronx. His parents, both emigrants from Puerto Rico, were respected teachers and role models. As a grade-schooler, Sánchez became fearful of a new disease that was killing young men in his community: HIV/AIDS.

"I saw the effect of health disparities at an early age and it made me very scared," he said. "I became interested in medicine as a matter of survival."

Sánchez attended New York University, where he became a leader in campus education efforts focused on LGBT health. After graduating, he earned a master's degree from the Yale School of Public Health and attended medical school at the Albert Einstein College of Medicine in the Bronx.

While at Einstein, Sánchez received a scholarship from United Health Foundation's Diverse Scholars Initiative through the National Hispanic Health Foundation. "It was a huge honor to receive the scholarship," Sánchez said. "It elevated my self-esteem and inspired me to keep doing the work of helping to serve the Hispanic community and other underrepresented minorities."

As a medical student, Sánchez became aware of the many challenges facing underrepresented minorities who wanted to pursue a career in health care. One of the primary barriers, he said, was the lack of diversity among medical school faculty.

"Underrepresented minorities represent 30 percent of the U.S. population, but 16 percent of medical students and only 7 percent of faculty," he said. "Those are the teachers and researchers that are shaping the future health care workforce."

In his professional life, Sánchez has focused on bringing greater diversity to the world of academic medicine. In addition to serving as assistant dean for Diversity and Inclusion at Rutgers New Jersey Medical School, Sánchez is president of Building the Next Generation of Academic Physicians Inc., an organization that visits medical and dental schools throughout the country to encourage underrepresented minorities, LGBT students and women to consider careers in academic medicine.

"If we're really serious about eliminating health disparities, we have to focus on improving cultural competence among medical school faculty," Sánchez said. "By helping medical students better understand the different experiences, customs, beliefs and habits that different communities have, we can help them provide better care to their patients and help patients do a better job of taking care of themselves."

Sánchez is just one of the hundreds of talented, committed health care providers who have received support from United Health Foundation's Diverse Scholars Initiative. Together, they are helping to transform the health care system by delivering culturally competent care to underserved communities and spurring innovation that can lead to better health outcomes for all.