Building a Foundation for Workforce Diversity in Health Informatics 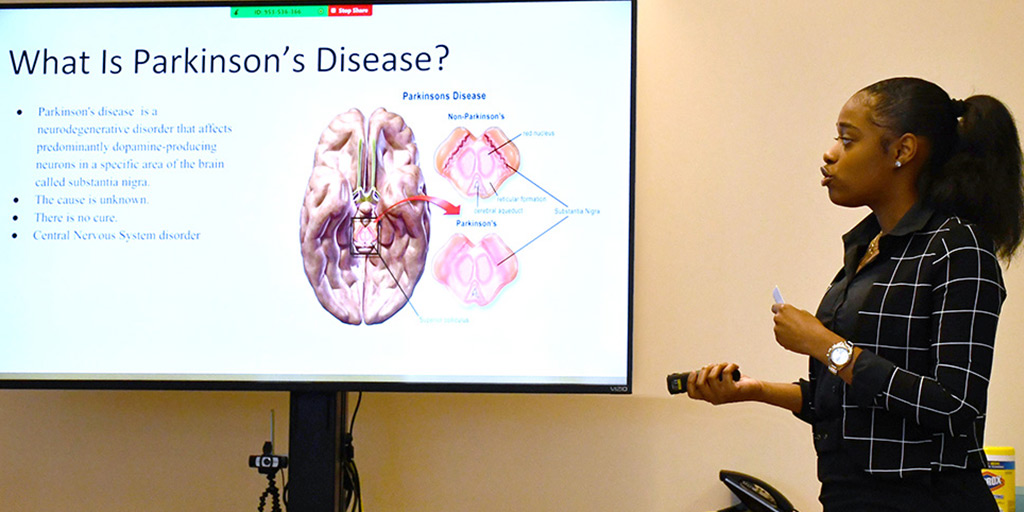 Alexis Jones, a rising senior at Bennett College – a historically black women’s college in Greensboro, N.C. – was one of nine students to participate in the University of North Carolina at Chapel Hill’s Health Informatics Data Analytics and Visualization summer boot camp program, funded by UnitedHealth Group. (Photo courtesy of the UNC School of Information and Library Science)

Building a Foundation for Workforce Diversity in Health Informatics

Alexis Jones has big plans for a future in health care.

A rising senior at Bennett College, a historically black women’s college in Greensboro, N.C., Jones hopes to combine her passion for medicine with a newfound enthusiasm for analytics to get a better handle on the physician burnout epidemic in the industry. To get there, she intends to pursue a master’s degree in health informatics before heading to medical school.

“I came into the program a little naïve about health informatics, but the idea of pursuing the technological side of being a physician really intrigued me,” Jones said. “The program helped me realize the role of data science in medicine.”

HiDAV is part of UNC-Chapel Hill’s Project ENABLE (Extensible Network-Accessible Biomedical & Health Informatics Lifelong Learning Environment), created in 2018  with the help of a three-year, $1.6 million grant from the United Health Foundation to support growth of the 21st century health workforce. An extension of the Carolina Health Informatics Program, Project ENABLE draws expertise from the university’s School of Information and Library Science and six other schools, including the UNC School of Medicine and the UNC School of Nursing.

“It’s important for young people to understand that there are challenging scientific problems in health care that demand innovative computational analytics approaches and techniques,” Mostafa said. “We train students to primarily focus on basic foundational analytics methods and techniques to show them with realistic data sets how to work to solve those problems.”

“I learned how to go through documents I probably would have never considered using the Python programming language,” she said. “It really enhanced my research.”

In addition to HiDAV, the grant supports creation of new health informatics online course content based on the boot camp program, and a new online master’s degree to help working professionals develop expertise in the field.

Nine students took part in the HiDAV boot camp program in its second year. Mostafa calls the program’s success especially important because of the current lack of diverse participants in the health informatics field. A 2018 report from the National Science Board shows that while Hispanics, blacks and American Indians or Alaska Natives comprise 27 percent of the U.S. population age 21 and older, they represent just 11 percent of Americans in science and engineering occupations.

“Having data scientists from broad socioeconomic and cultural backgrounds is critical because health care touches everyone,” Mostafa said. “It’s not just about solving for different types of questions, but also coming up with those questions and being able to understand the context of what kind of data we need to collect and what kinds of ways we can then break down that information so we can understand it better.”

UnitedHealth Group is invested in creating a modern health care workforce to meet 21st century needs. Earlier this month, UnitedHealth Group and the Atlanta University Center Consortium (AUCC) – the oldest and largest consortium of historically black colleges and universities – announced a partnership to prepare students to meet the growing demand for data analytics experts. UnitedHealth Group invested $8.25 million to fund the launch of the AUCC Data Science Initiative that will offer technical classes for students who want to specialize in data science or learn data analysis to give them a competitive edge when searching for jobs in their field.