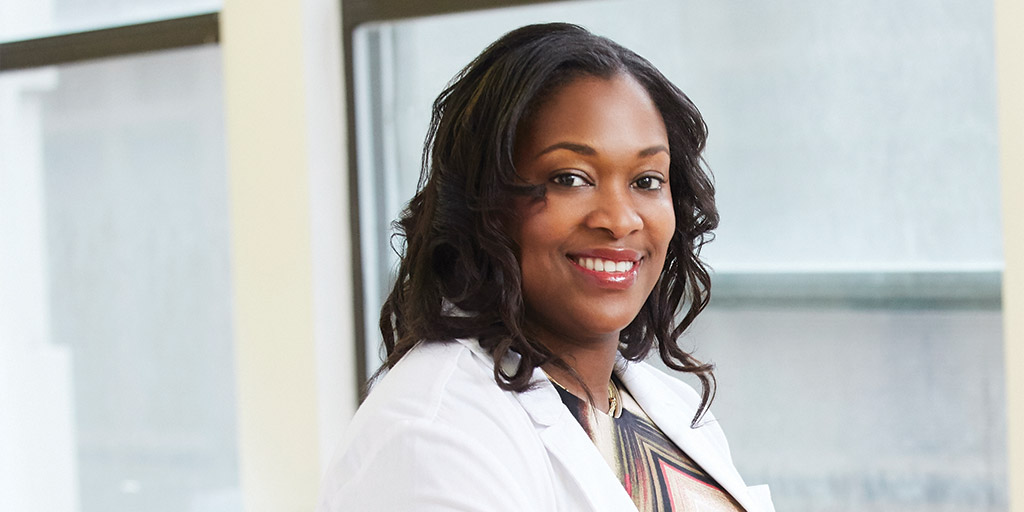 From growing up in rural Jamaica to studying at New York City’s Columbia University, Sainfer Aliyu has traveled a long road — literally and figuratively.

“We lived in the impoverished Jamaican countryside,” Sainfer said. “My father was a cab driver, my mother was a homemaker. I am the second of seven children, all girls.” Every morning, Sainfer and her six sisters would walk 3 miles to school: “We would do our chores and then set off on our journey.”

Even though neither of Sainfer’s parents graduated from high school, education was a top priority. “If my father had just one dime left, he would use it to send us to school,” she said. After primary school, Sainfer attended a public high school. As public high schools in Jamaica are usually not free to attend, this was a financial challenge for the family. “We had many animals — goats, pigs, cows, sheep — and my mother would sell an animal every now and then to pay my school tuition. Other times, my father had to ask the school for more time to pay. It was a real struggle for them.”

Sainfer’s favorite subjects in high school were math and science, and after she graduated in 1998 she began working for the Bank of Nova Scotia in Jamaica. It was a good job, she said, but she dreamed of becoming a nurse. She saved her money and came to the United States in 2001 to study nursing at Adelphi University on Long Island in New York.

That’s when life became very difficult. “It was one of the hardest times in my life,” Sainfer recalled. “I found out I couldn’t go to school because I didn’t have enough money.”

Sainfer managed to get a job in a restaurant and found a room to live in. After working hard and saving her money, she was able to start her nursing program at Adelphi. She took as many credits as she could, made the honor roll every semester and graduated with honors in 2005. She was immediately hired by Stony Brook University Hospital. “My financial situation became much more comfortable, and I was able to send money home to help send three of my sisters to college,” she said.

However, Sainfer wasn’t ready to take it easy. While working at Stony Brook, she earned two master’s degrees in education and health care policy and management, and graduated with the highest honor: a certificate of excellence. She gave birth to a daughter in 2007. She was named Emergency Department Nurse of the Year at Stony Brook in 2011. And in 2014, she began a Ph.D. in nursing program at Columbia University, where she is currently studying risk factors and outcomes of bloodstream infection, particularly among long-term care residents. She also teaches as an adjunct professor at Adelphi University School of Nursing and Public Health.

How does she do it all? Part of it comes from her drive to give back to others. “I remember the tremendous impact of the nurses in Jamaica, who would come to the communities and serve the poorest of the poor,” she said. “I always felt that nursing would give me the opportunity to help people at the most vulnerable times of their lives.” Also, Sainfer says, “What keeps me going is my faith. I believe my faith shall soar above all things.

Sainfer says it’s all been an amazing journey. “No one ever would have guessed I’d be where I am at this point,” she said. “I’m so grateful to United Health Foundation for helping to make my dream possible. There are so many resources available to us, including conferences and seminars. Those are benefits you can’t put a price on.”