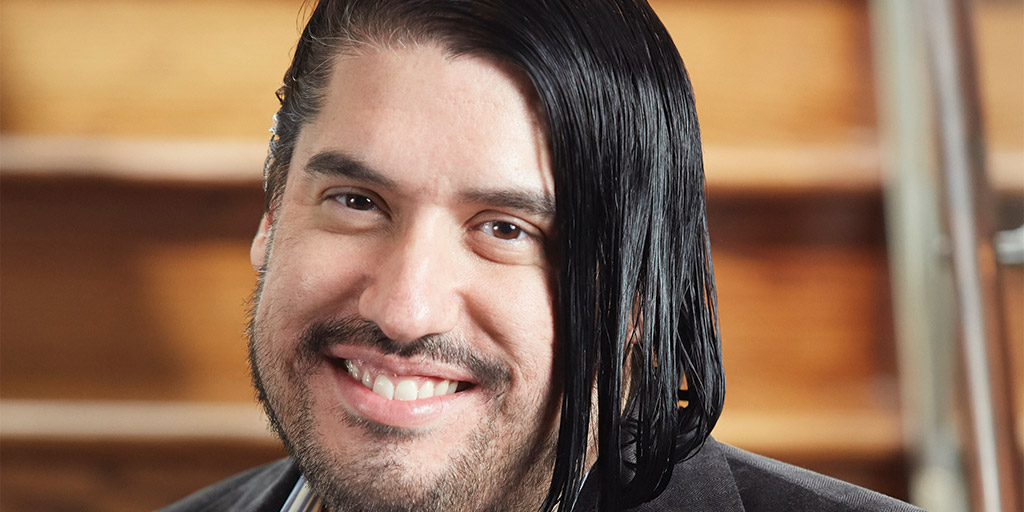 Grit. Persistence. Hope. These qualities have endured across generations in Adrial A. Lobelo’s family. Adrial’s grandmother, Solita, expatriated to New York from South America in the 1960s. “This was a time when divorced women with children were frequently denied employment opportunities. The term ‘working mother’ was not part of the lexicon,” shared Adrial.

Taking a page from his grandmother’s book of determination, Adrial focused on academics and the arts in his studies. As a high-achieving student, Adrial completed high school in three years and was accepted into a nationally renowned university. When the tuition costs became a burden for his family, Adrial was not deterred. He opted to work and take courses on a part-time basis. Adrial later gained admission into Cornell University, where he graduated with a bachelor’s degree in industrial and labor relations.

After graduation, he taught English as a Second Language to adult learners. He quickly discovered how much he enjoyed the art of teaching, but due to a decrease in federal funding for literacy programs, his hours were drastically cut.

“I wasn’t sure what to do next,” said Adrial. A conversation with a colleague led Adrial to become aware of the many parallels between nursing and teaching, Furthermore, Adrial realized that a nursing education would provide him with the ability to advocate for his grandmother and others facing a complex health care system.

Adrial enrolled and graduated from the accelerated bachelor’s degree nursing program at SUNY Health Science/Downstate Medical Center in Brooklyn. As a newly licensed nurse, he treated and cared for a large mix of Latino patients in New York City. “When patients have a health care provider who shares their cultural background, the quality of that relationship can be enhanced,” said Adrial.

Adrial continued his studies, earning a master’s degree from Hunter College at the City University of New York and a doctor of nursing practice degree from Wilkes University. Along the way, Adrial became an active member of several organizations, including National Association of Hispanic Nurses (NAHN). His involvement with NAHN has afforded him opportunities to present at conferences, consult with an advisor network, and provide guidance and support to nursing students enrolled in undergraduate and graduate programs.

Today, Adrial is completing his Ph.D. at the University of Massachusetts Amherst. His principal clinical and research interests are in the areas of psychological distress and resiliency among minority and immigrant populations, disenfranchised grief, nursing education, and health care workforce issues.

Adrial was awarded support in 2013, 2014 and 2015 through a partnership between the United Health Foundation and the National Association of Hispanic Nurses.