Study: Many Americans Say They Are More Likely to Participate in a Fitness Routine if Given Opportunity to Socialize, Earn Financial Incentives

Study: Many Americans Say They Are More Likely to Participate in a Fitness Routine if Given Opportunity to Socialize, Earn Financial Incentives

More than two-thirds of Americans say an incentive of as little as $2 per day would motivate them to devote at least an hour each day toward improving their health, while nearly 60 percent of people say they would be more likely to participate in a fitness routine if the program offered an opportunity to socialize or make friends, according to a new nationwide survey.

These are some of the findings from the 2019 UnitedHealthcare Wellness Checkup Survey, which examines people’s opinions about health topics and preferences, offering insights to help improve employer-sponsored well-being or disease-management programs. The survey’s key findings include:

“This year employers are expected to invest an average of more than $3.6 million1 on their respective well-being programs, and over 60 percent of employees2 are interested in engaging in these initiatives. The UnitedHealthcare Wellness Checkup Survey provides insights that we hope can be helpful to enhance the design and implementation of well-being programs, which may help improve employees’ health, reduce absenteeism and curb care costs,” said Rebecca Madsen, UnitedHealthcare chief consumer officer.

Many U.S. companies are investing in wellness programs, with more than two-thirds (67 percent) of companies planning to expand these initiatives during the next few years, according to a recent study by the National Business Group on Health. A separate study published in The American Journal of Cardiology concluded that one employer’s well-being initiative generated a six-fold return on investment and reduced health risks for people enrolled in the program.

Many Employees Say Well-being Programs Have Improved Their Health, Productivity

More than half (57 percent) of people with access to wellness programs said the initiatives have made a positive impact on their health. Of these, 82 percent said they were motivated to pay more attention to their health; 63 percent said they increased physical activity; 59 percent improved their diet; and 30 percent reported improved sleep. More than one-quarter (27 percent) said the program helped detect a disease or medical condition, while 8 percent said they stopped smoking or using nicotine.

Among employees without access to wellness programs, 70 percent of respondents said they would be interested in such initiatives if offered, including 43 percent who are “very interested.” More than three-quarters (77 percent) of Gen Xers said they wanted access to a well-being program, more so than any other age group.

The UnitedHealthcare Wellness Checkup Survey was conducted April 11-15, 2019, using the Engine Telephone CARAVAN® survey among a landline and mobile phone probability sample of 1,000 adults ages 18 and older living in the continental United States. The margin of error was plus or minus 3.1 percent at the 95 percent confidence level. For complete survey results, click here.

UnitedHealthcare is dedicated to helping people live healthier lives and making the health system work better for everyone by simplifying the health care experience, meeting consumer health and wellness needs, and sustaining trusted relationships with care providers. In the United States, UnitedHealthcare offers the full spectrum of health benefit programs for individuals, employers, and Medicare and Medicaid beneficiaries, and contracts directly with more than 1.3 million physicians and care professionals, and 6,000 hospitals and other care facilities nationwide. The company also provides health benefits and delivers care to people through owned and operated health care facilities in South America. UnitedHealthcare is one of the businesses of UnitedHealth Group (NYSE: UNH), a diversified health care company. For more information, visit UnitedHealthcare at www.uhc.com or follow @UHC on Twitter. 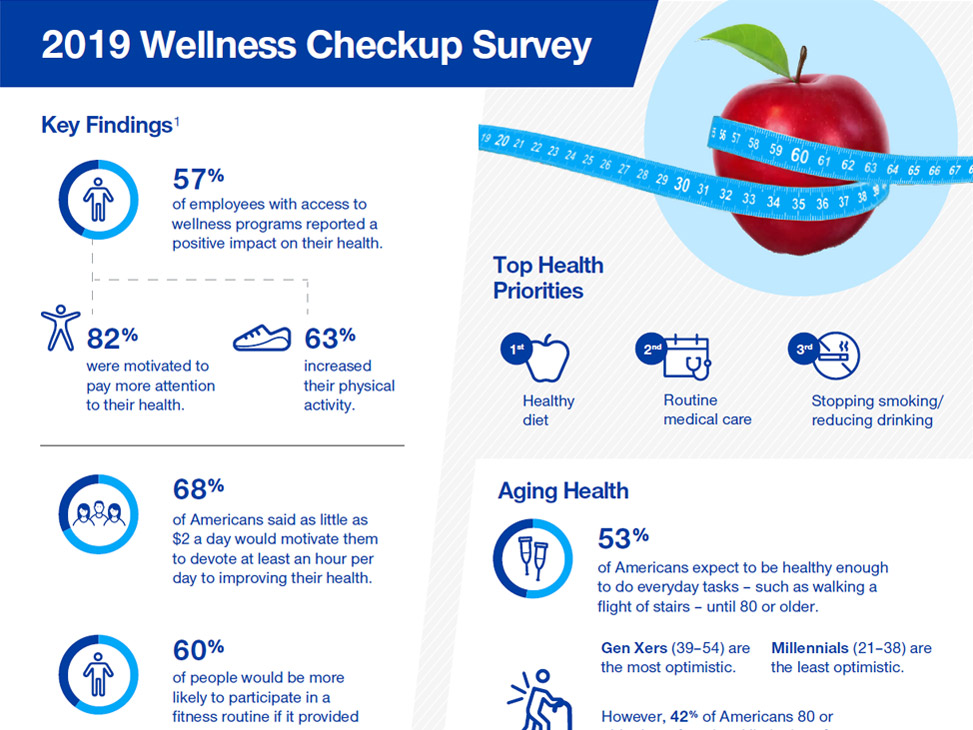