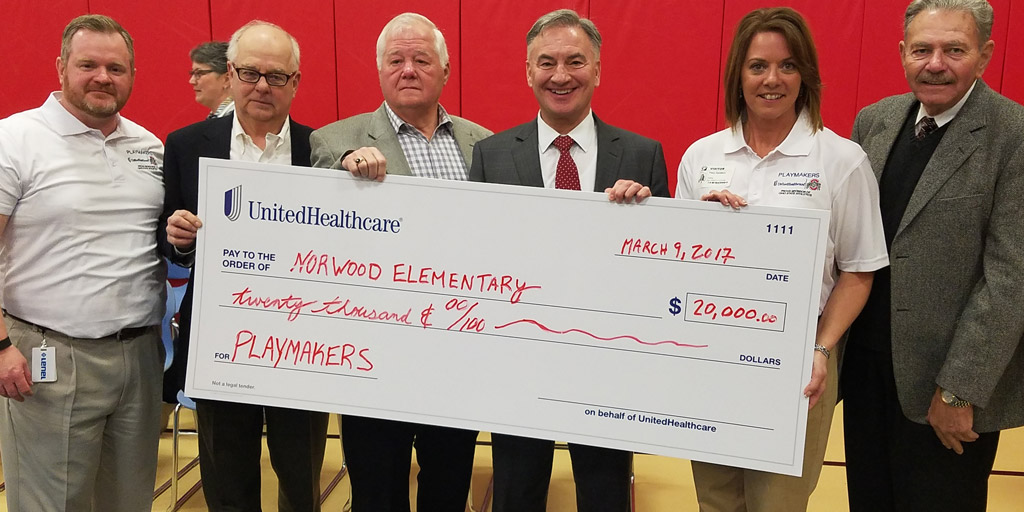 Norwood Elementary today received a $20,000 grant to build a climbing wall as part of PLAYMAKERS, a program from UnitedHealthcare — with support from Ohio State IMG Sports Marketing and 97.1 The Fan — to promote sports, physical activity and active play at the school.

PLAYMAKERS is designed to improve young Buckeyes' health and happiness by enhancing access and resources for physical activity at elementary schools (grades K through 6) across Ohio. According to United Health Foundation's America's Health Rankings®, more than 30 percent of children in Ohio ages 10 to 17 are overweight or obese, placing the state 28th nationally.

Each week during the 2016 Ohio State football season, people across the state had the chance to enter and win an Ohio State prize package that included autographed merchandise and the opportunity to designate an Ohio elementary school to receive one of 13 weekly $1,000 PLAYMAKERS grants from UnitedHealthcare.

Norwood Elementary won the $1,000 grant during week five of the 2016 season and is using that grant to support its morning fitness club program. Upon conclusion of the football season, Norwood Elementary and the other weekly finalist schools were entered for the chance to win the $20,000 top-prize grant.

All schools receiving a PLAYMAKERS grant must commit to use the funds in support of physical activity and active play at the school. Norwood Elementary plans to use the $20,000 grant to build a climbing wall that was announced during an assembly at the school featuring former Ohio State and NFL players Bobby Carpenter and Anthony Schlegel, and Ohio State mascot Brutus Buckeye.

"I applaud Ohio State and UnitedHealthcare for their PLAYMAKERS program and encouraging physical activity at elementary schools across the state," said Susan Barte, principal at Norwood Elementary. "We've already benefited from the first grant to our morning fitness program, and we know this climbing wall will encourage our students to be active."

"UnitedHealthcare shares Ohio State's commitment to improve the health and wellness of children throughout Ohio," said Kurt Lewis, president and CEO, UnitedHealthcare of Ohio. "PLAYMAKERS provides an opportunity for friends, families and the public to nominate their favorite elementary school for a valuable donation that will help enhance children's health and well-being. We look forward to another year of PLAYMAKERS in 2017."

People nominated elementary schools by visiting www.buckeyeplaymakers.com and entering the sweepstakes. Two schools, Copopa Elementary in Strongsville and Tinora Elementary in Defiance, each received the second-place prize, a $5,000 grant.

UnitedHealthcare serves more than 2 million Ohioans with a network of 257 hospitals and more than 48,000 physicians and other care providers statewide. 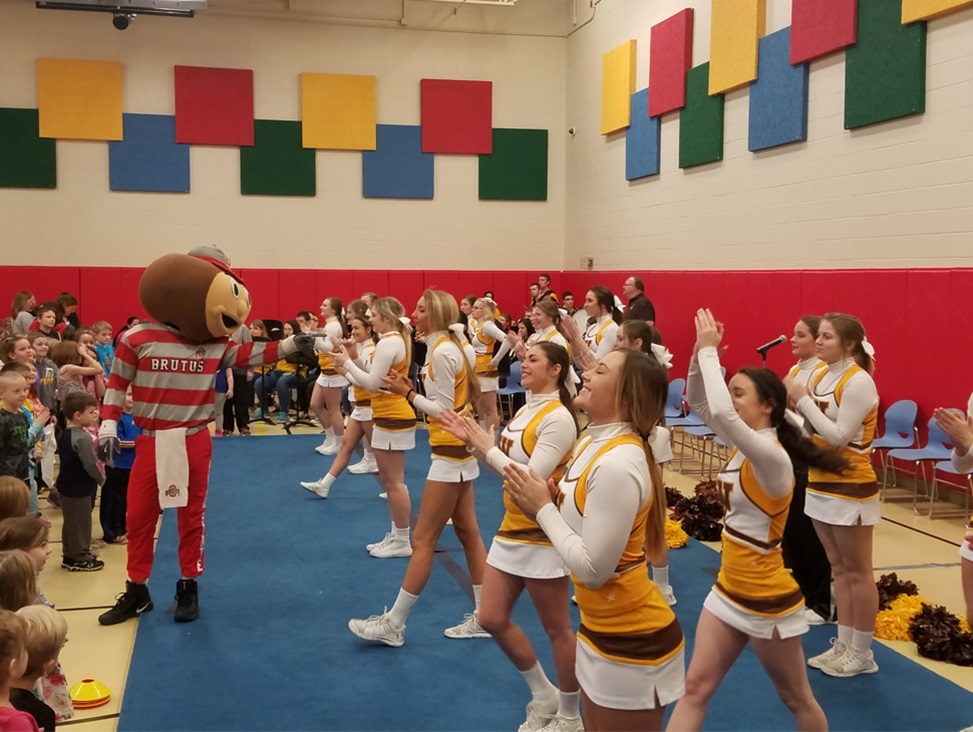