United Health Foundation’s 2011 America’s Heath Rankings® finds that troubling increases in obesity, diabetes and children in poverty are offsetting improvements in smoking cessation, preventable hospitalizations and cardiovascular deaths. The report finds that the country’s overall health did not improve between 2010 and 2011 – a drop from the 0.5 percent average annual rate of improvement between 2000 and 2010 and the 1.6 percent average annual rate of improvement seen in the 1990s.

State Rankings: Vermont Still on Top
For the fifth year in a row, Vermont is the nation’s healthiest state. States that showed the most substantial improvement include New York and New Jersey, both moving up six places, largely because of improvements made in smoking cessation. Idaho and Alaska showed the most downward movement. Idaho dropped 10 spots, from number nine to 19 in this year’s Rankings, and Alaska dropped five places.

To see the Rankings in full, visit: www.americashealthrankings.org.

“Where people live matters. Every state can make improvements to ensure healthier quality of lives for their residents,” said Reed Tuckson, M.D., United Health Foundation board member and executive vice president and chief of medical affairs, UnitedHealth Group. “In the history of the Rankings, we have seen many examples of stakeholders coming together to improve their standing. States such as Tennessee and Maine – which made explicit efforts to improve their rankings – have shown us that improved public health is achievable but must be tackled in a concerted and aggressive way.”

“The Rankings provides comprehensive data states can use to develop prevention solutions and health-improvement plans – empowering their residents to live long, healthy and productive lives,” said Jud Richland, M.P.H., president and CEO of Partnership for Prevention.

This year’s Rankings, which offers a state-by-state snapshot of population health based on 23 measures, includes several positive nationwide trends:

These improvements were offset by troubling increases in:

The fact that the country did not improve in overall health status means there was a balance between improvements and detriments across all 23 measures. A compelling example of this stagnation is the improvement in the number of smokers being offset by worsening rates of obesity: the Rankings found that, for every person who quit smoking in 2011, another person became obese.

“While this year’s Rankings shows some important improvements, we also see some very alarming trends – particularly diabetes and obesity – that, left unchecked, will put further strain on our country’s already strained health care resources,” said Dr. Tuckson. “At a time when the nation, states and individual families are grappling with tightening budgets and growing health care expenses, this year’s Rankings sends a loud wakeup call that the burden of preventable chronic disease will continue to get worse unless we take urgent action.

“Broad collaboration is the only path to health and financial progress. Government, the private sector, philanthropy and community-based organizations all need to join in a data-driven process to determine and address priorities,” Dr. Tuckson added.

“Addressing the leading causes of these largely preventable diseases is essential if we are going to improve the nation’s health,” said Georges C. Benjamin, M.D., executive director of the American Public Health Association. “America’s Health Rankings gives us a tool to gauge where we are and where we need to go, and the numbers should drive us to action.”

In response to these urgent challenges, United Health Foundation is launching an interactive “Take Action for Change” campaign to incent Americans to adopt healthier habits. “Take Action for Change” is an innovative campaign that inspires people to adopt healthier behaviors. For every day someone pledges an “act of health” on the America’s Health Rankings Facebook page, United Health Foundation will make a $0.25 donation – up to a total of $50,000 – to nonprofit organizations dedicated to improving the nation’s health. Visitors to the Facebook page will be able to upload their own “acts of health” and vote for which nonprofit organization will receive the $0.25 donation.

The American Cancer Society, Campaign for Tobacco-Free Kids and YMCA are partnering with United Health Foundation on this initiative. More information can be found at www.facebook.com/AmericasHealthRankings.

Measures of Health: Alarming Signs of the Times
Even though smoking prevalence has reached a 22-year low, continued efforts against smoking, obesity and diabetes are critical to tackling many of the nation’s health challenges.

Smoking
Smoking has been one of the biggest health battles for decades. In the past year, the prevalence of smoking decreased 3.4 percent, from 17.9 percent to 17.3 percent of the adult population, the lowest in 22 years (from a high of 29.5 percent in 1990). But tobacco use is still estimated to be responsible for one out of five deaths annually (approximately 443,000 per year).

Obesity
According to this year’s report, obesity has increased 137 percent, from 11.6 percent of the adult population in 1990 to 27.5 percent in 2011. This means that today, more than one in four American adults – or a total of 65 million – is considered obese. Obesity continues to be one of the fastest-growing health issues in the nation, and America is spending $147 billion in direct health care costs associated with poor diet and physical inactivity.

Diabetes
In 2011, 8.7 percent of American adults, amounting to more than 20 million people, have been told by a physician that they have diabetes, which is almost double the 4.4 percent prevalence seen in 1996. A recent study from the CDC estimates that the number of Americans with diabetes will range from one in three to one in five by 2050. This means a large number of people are either at risk for diabetes or are unaware they have the disease and are not being properly managed medically.

A 2010 report from the UnitedHealth Center for Health Reform & Modernization also indicates that if current trends continue, diabetes and prediabetes will account for approximately 10 percent of total health care spending by 2020 at an annual cost of almost $500 billion – up from an estimated $208 billion this year.

The data in the report come from well-recognized outside sources, such as the Centers for Disease Control and Prevention, American Medical Association, FBI, Dartmouth Atlas Project, U.S. Department of Education and Census Bureau. The report is reviewed and overseen by a Scientific Advisory Committee, with members from leading academic institutions, government agencies and the private sector.

America’s Health Rankings is the longest-running report of its kind. For 22 years, the Rankings has provided an analysis of national health on a state-by-state basis by evaluating a historical and comprehensive set of health, environmental and socioeconomic data to determine national health benchmarks and state rankings. The Rankings employs a unique methodology, developed and annually reviewed by a Scientific Advisory Committee of leading public health scholars. For more information, visit www.americashealthrankings.org.

About the United Health Foundation
Guided by a passion to help people live healthier lives, United Health Foundation provides helpful information to support decisions that lead to better health outcomes and healthier communities. The Foundation also supports activities that expand access to quality health care services for those in challenging circumstances and partners with others to improve the well-being of communities. After its establishment by UnitedHealth Group [NYSE: UNH] in 1999 as a not-for-profit, private foundation, the Foundation has committed more than $193 million to improve health and health care. For additional information, please visit www.unitedhealthfoundation.org. 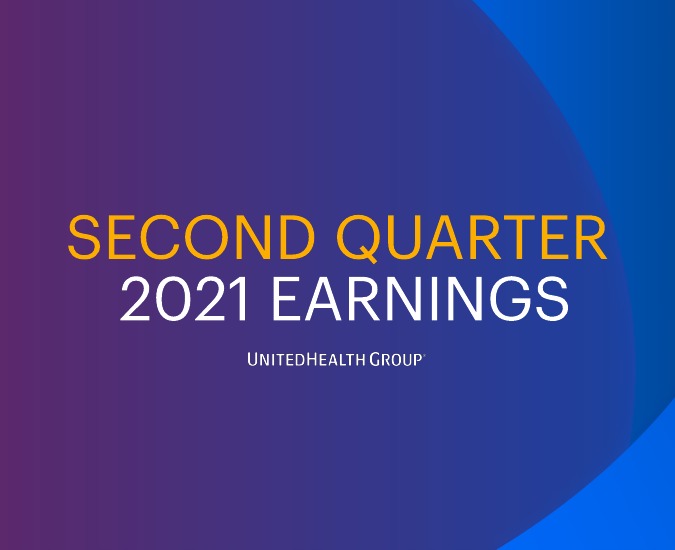