“Even though senior hunger exists in every community across the country, it’s one of America’s best-kept secrets. Senior hunger is hidden hunger, and hunger is a health issue,” said AARP Foundation President Lisa Marsh Ryerson.

Data from the 2012 Current Population Survey and the 2010 census show that more than 10 million Americans age 50 or older struggle every day with limited or inadequate access to affordable, nutritious food. AARP Foundation is bringing together nonprofit, government and corporate stakeholders in the food and health sectors to reform the food supply system by creating solutions to fight food insecurity and hunger.

The Washington, D.C., Meal Pack Challenge was the last in a series of four AARP Foundation events held in Memphis, Denver, the Twin Cities and D.C. this summer. Named the Summer of Service to Seniors and sponsored by UnitedHealthcare, the events provided more than 3 million meals for food-insecure seniors. In all four communities combined, nearly 300 UnitedHealth Group employees and their families packed meals for their senior neighbors. 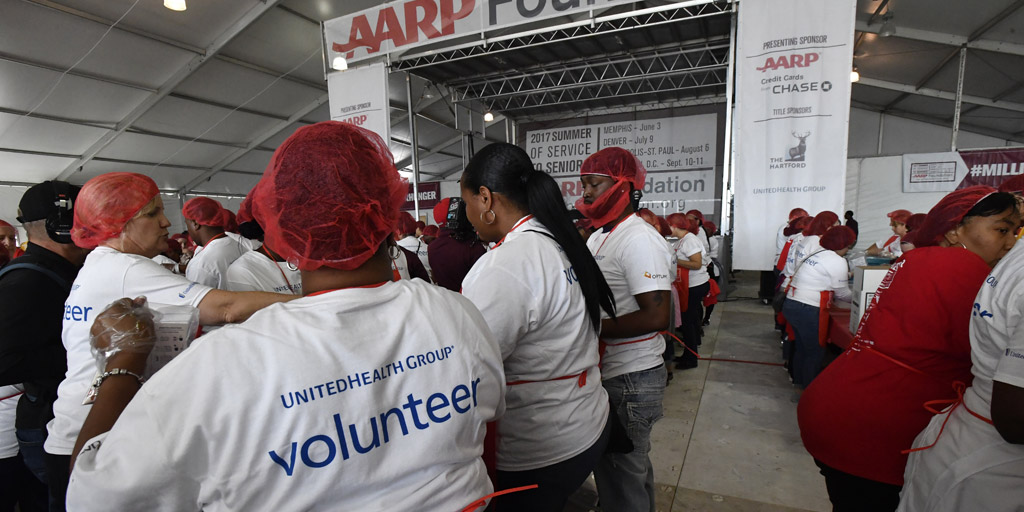