The City of Columbus is joining communities across the country to say “NOT ME”™ to diabetes, offering city workers access to programs proven to prevent and control type 2 diabetes.

“NOT ME” from the Diabetes Prevention and Control Alliance (DPCA) is an employer- and community-based initiative aimed at tipping the scales against the epidemic of diabetes, prediabetes and obesity. DPCA was launched last year through a partnership with the U.S. Centers for Disease Control and Prevention (CDC), UnitedHealth Group, YMCA of the USA and retail pharmacies.

The “NOT ME” personal health initiative is anchored by two evidence-based programs proven to help prevent and control type 2 diabetes: the Diabetes Prevention Program and the Diabetes Control Program. Columbus, Dayton, and Cincinnati were among the first cities in the nation to have access to the two programs, which have been available in the Ohio markets since June 2010, shortly after the Alliance launched in April 2010.

Columbus Says “NOT ME” to Diabetes and Prediabetes

City of Columbus Mayor Michael B. Coleman issued a formal citation of recognition in support of “NOT ME” and efforts to tackle the city’s diabetes and prediabetes epidemic. In the citation, the mayor urged “all citizens to recognize the epidemic of diabetes and prediabetes; learn its risks, causes, and symptoms; get their blood sugar tested; and undergo simple lifestyle changes such as increased physical activity and healthy eating choices to achieve our goal of making Columbus a leader in diabetes control and prevention.”

The Mayor’s official citation of recognition can be read here in its entirety.

In Ohio, more than 10 percent of adults have been diagnosed with diabetes, according to the Ohio Department of Health. Another estimated 3 million adults have prediabetes, putting them at grave risk of developing the disease, according to the Institute of Alternative Futures. The estimated prevalence of diagnosed diabetes among adults in Ohio has grown 37 percent since 2000.

According to the CDC, if current trends continue, it is estimated that 1 in 3 Ohioans will develop diabetes within their lifetime, and those with diabetes will lose an average of 10 to 15 years of potential life. Diabetes costs Ohio $5.9 billion annually, including $3.9 billion in medical expenditures and $2 billion in reduced state productivity and premature mortality, according to the American Diabetes Association.

“Improving Ohio's health and well-being is part of the YMCA's charitable mission. Over the past several years we have worked to redefine the YMCA experience to better support people who struggle to maintain a healthy lifestyle,” said John Bickley, President and CEO, YMCA of Central Ohio. “We have been thrilled to work with UnitedHealthcare of Ohio in shaping a new paradigm in health care that is focused on prevention. We commend Mayor Coleman and the City of Columbus for taking a huge step forward to make a real impact on the lives of people at risk for diabetes, as well as their families.”

“Diabetes is taking a staggering toll on children, families and communities across Ohio and throughout the country,” said Rob Falkenberg, CEO, UnitedHealthcare Employer & Individual in Ohio. “The good news is that type 2 diabetes is largely preventable, and it is the small lifestyle decisions we make every day that have the biggest impact. These two programs provide an opportunity for Ohioans to take control of their own health and say ‘NOT ME’ to diabetes.”

The Kroger Co. (NYSE: KR) has joined the Alliance as a new pharmacy partner in Columbus, Dayton and Cincinnati. At participating Columbus locations, Kroger will provide people with diabetes access to trained pharmacists and nurse practitioners who provide personalized coaching and counseling and help patients improve adherence to their treatment plans.

The goal is for patients to improve blood glucose control – every percentage point drop in HbA1c levels, a commonly used blood glucose marker, reduces by 40 percent the risk of developing complications from diabetes such as nerve disease, blindness, limb amputations and heart disease. Kroger also will serve program participants in additional markets across the country.

“Managing diabetes can be a significant challenge,” said Lincoln Lutz, vice president, Pharmacy for Kroger. “But having a convenient location, such as a Kroger store, where you can get extra support and resources, can make it easier. We’re proud to be a partner in the ‘NOT ME’ campaign to reduce the consequences of diabetes and look forward to contributing to its success.”

The Diabetes Control Program is also offered in Columbus, Dayton and Cincinnati at select Walgreens stores.

“NOT ME” Consumer Event Tour Launched at Columbus Zoo and Aquarium

As part of the DPCA’s efforts to spread the message about diabetes prevention and control, an 18-wheel “NOT ME” mobile clinic kicked off a tour with an event for Columbus city workers and their families at the Columbus Zoo on Sunday, July 31. The mobile clinic features a staff of clinicians and diabetes specialists who will visit select markets in Central and Southwest Ohio to conduct diabetes testing and educational events throughout the summer.

The tour, which takes place between July 31 and August 30, also will include visits to a variety of other locations including physicians’ offices and offices of employers that are offering DPCA programs to employees.

At the events, attendees have the opportunity to take a risk assessment test to determine whether they are at risk for prediabetes or diabetes and also may be eligible to receive a free follow-up test to screen for diabetes. 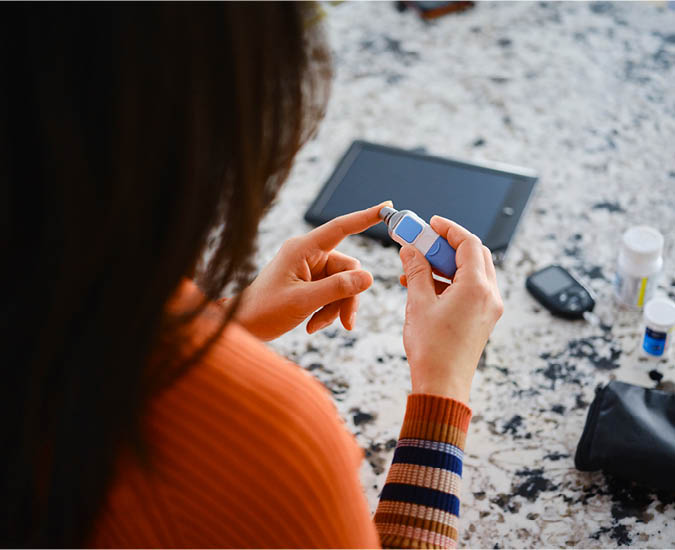